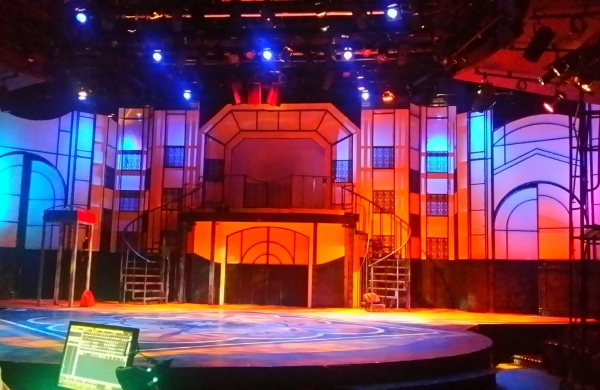 Women on the Verge of a Nervous Breakdown

(Design, PM/TD) Hillbillies was an original show that had a lot of requirements.  The late David Rogers and his daughter Amanda Rogers wrote the book and Gregg Opelka wrote the… Read more “Beverly Hillbillies” World Premiere →

One of my favorite projects from last year all done in grayscale- for Shattered Globe Theatre. Joe Forbrich wrote an amazing play documenting the story that Moby Dick was based… Read more The Whaleship Essex →

The first image is an airbrushed mural on what used to be the Emerald City Birthday Party room on the first floor of the Atheneum in Chicago. It was a… Read more Projects for Kids →

I love to paint and even into several years of  TD work, and now Production Manager duties- I would still do an occasional after work project either for a design… Read more Fragonard Extravaganza →

Man of La Mancha is probably one of my favorite shows I worked on with Bill. He was very specific about the shape of the set- the mechanics, right down… Read more Man of La Mancha →